Δωρεάν online διάγνωση
A 39 year old patient who had a failure strip session few years ago in another clinic in order to restore his hairline which had receded, resulting in a pronounced linear scar on the donor area as you can see in the before pictures. To restore his hair line we used the non shaven or long hair FUE method because the patient did not desire his linear scar to be visible by cutting his hair to 3mm following the classic FUE. In the pictures taken 12 months after his procedure in our clinic it is clearly seen that his hairline has been completely restored. 2412 hairs equals to 804 FUs were used to restore a dense and a completely natural hairline. In addition the thinning hair on the crown was restored by placing only 100 hair or 33 FUs. The main advantage of the long hair FUE is that the patient does not need to shave his scalp .The photographs show the appearance of the donor area immediately after the procedure! 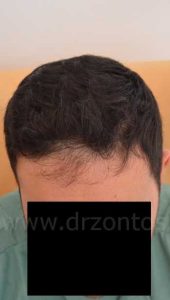 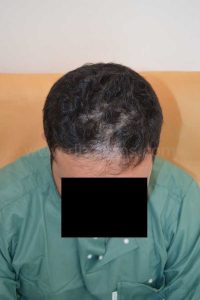 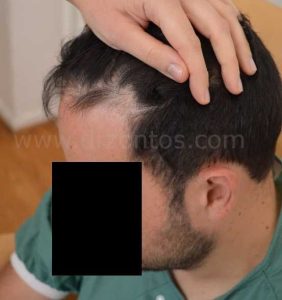 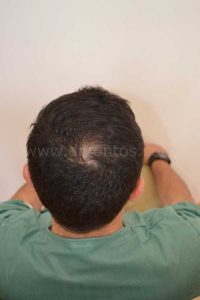 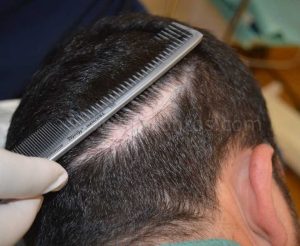 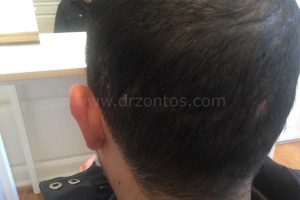 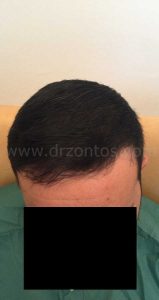 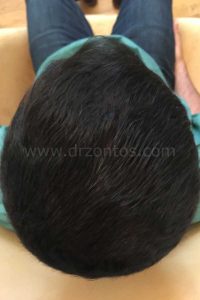 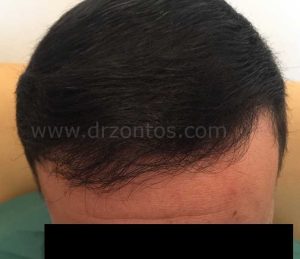 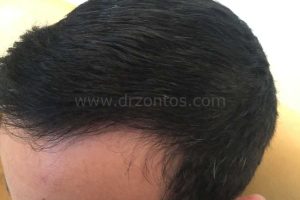 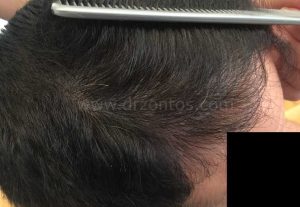 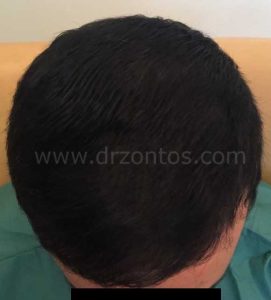